Home sales surge in April, partly due to seasonality 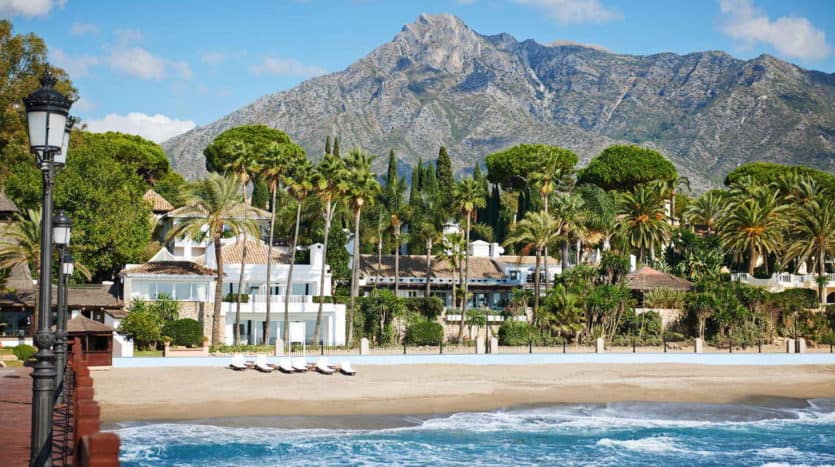 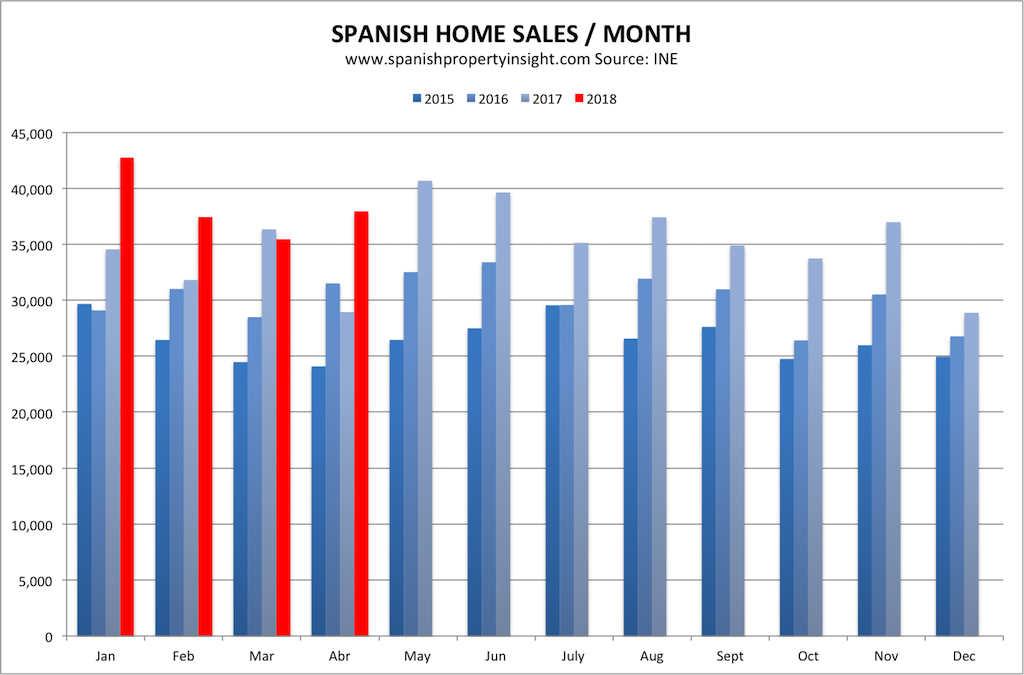 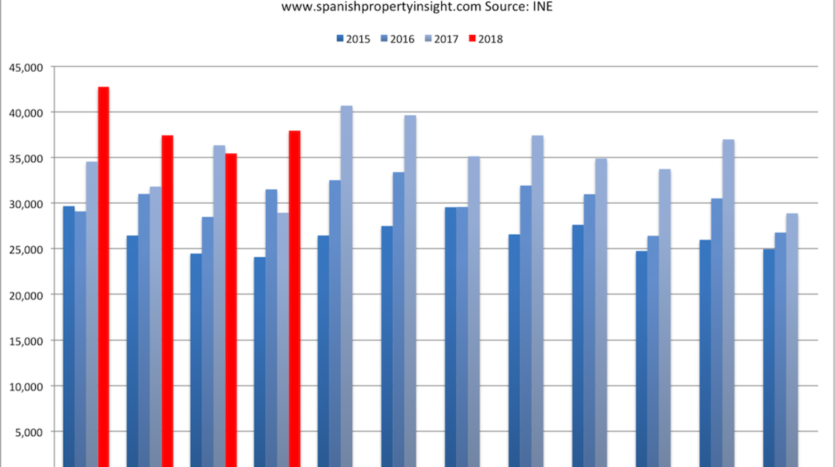 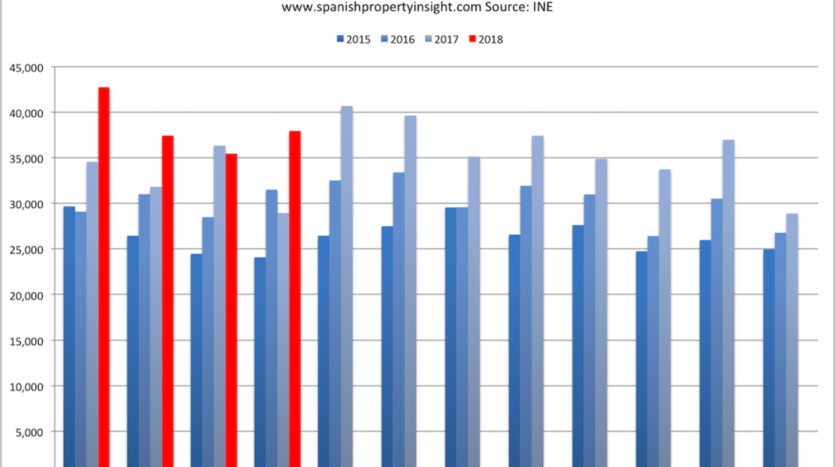 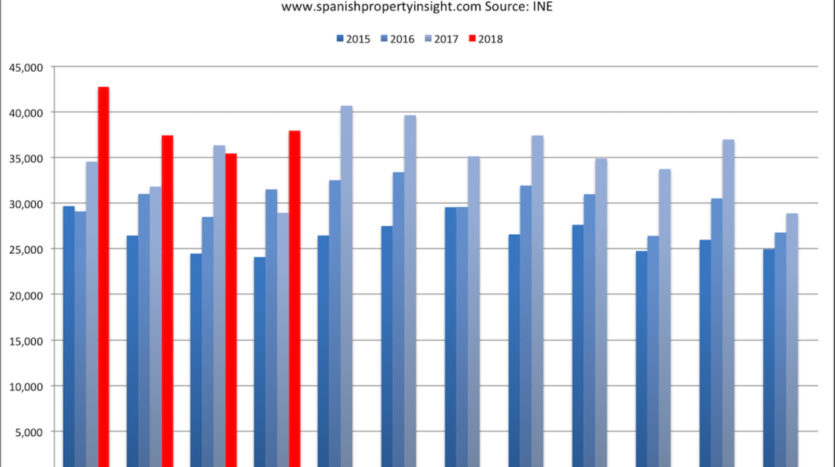 The number of Spanish home sales inscribed in the Land Registry shot up by 31% in April compared to the same time last year, according to figures just released by the National Institute of Statistics (INE). However, Easter fell in March this year, and April last year, which would have boosted April sales this year, and reduced them in 2017 so seasonality was partly to blame for the size of the increase.

Sales are recorded in the land registry between one and three months after completion, meaning these figures lag the market by a few months. More timely figures from the Association of Spanish Notaries for home sales that took place in April reveal an increase of 11.6% to 48,415 (including VPO), though on a seasonally adjusted basis the increase was 5.3%. So both of the main sources of data for monthly Spanish home sales show activity growing at a healthy rate in April.

New home sales inscribed in April were up 27% to 7,105, and resales up 31% to 34,909, according to the INE. The crash in new homes sales has clearly come to an end with sales growing strongly almost every month for the last year (next chart).

The next chart illustrates how new and resale transactions have gone in separate directions since the recovery started, with resales almost doubling since the start of 2014, whilst new homes sales, though now growing fast, are still below where they were in 2014 so sales are increasing from a low base. Next come a chart I’ve never published before that illustrates the drama of the boom-to-bust-and-back decade the Spanish property market has been through, one that crushed the local home building industry, and left new home sales near historic lows. Resales, on the other hand, are almost back to where they were in the boom year of April 2007. Of course, we have to bear in mind that off-plan sales made today won’t be inscribed in the Land Registry for up to two years, so there is a lot of new build sales activity not yet showing up in these figures.

Last month showed sales failing or barely increasing in the majority of regions of interest to foreign investors, but it turns out that was largely due to seasonality. The latest figures show sales increasing an astonishing 62% in Malaga province, which includes the Costa del Sol, and 55% in Castellón province, home to the Costa del Azahar. Sales growth of 50% in Murcia was also impressive, but increases were in the double digits almost everywhere.

Compared to other regions, sales growth in the Catalan provinces of Tarragona (Costa Dorada), Barcelona, and Girona (Costa Brava) was at the lower end of the market, most likely due to the ongoing constitutional crisis and political uncertainty putting off some buyers, especially foreign investors.

Otherwise the home sales figures for April paint a rosy picture of continued strong growth in demand for homes in Spain, and an increasing number of people with the financial resources to buy them.

5 thoughts on “Home sales surge in April, partly due to seasonality”