Readers’ tips: Which supermarket in Spain is the best to shop at?

Every week, The Local asks its readers to share their tips about various aspects of living in Spain. This week, we asked your opinion on which supermarket in Spain offers the best shopping experience, and why. Here’s how you responded:

Which supermarket in Spain is best?

With so many different supermarkets to choose from in Spain, it’s not surprising that we got a wide variety of responses.

There was, however, a clear winner, and it’s no shocker: Mercadona easily outstripped Carrefour and Lidl as respondents’ favorite place to buy groceries (you can probably hear the jingle in your head right now, can’t you?).

Mercadona is a Spanish supermarket chain founded in 1977 in Valencia by the Roig family, who took the name from an Italian pasta company called ‘Mercadonna’.

It has since become the Spanish leader with 24% of the grocery store market, according to a study published in 2018 by EAE business school  – indicating that The Local readers’ opinions are in line with the Spanish population’s.

According to the company’s website, there are 1,635 Mercadona supermarkets located throughout Spain, so chances are that there’s one close to you. 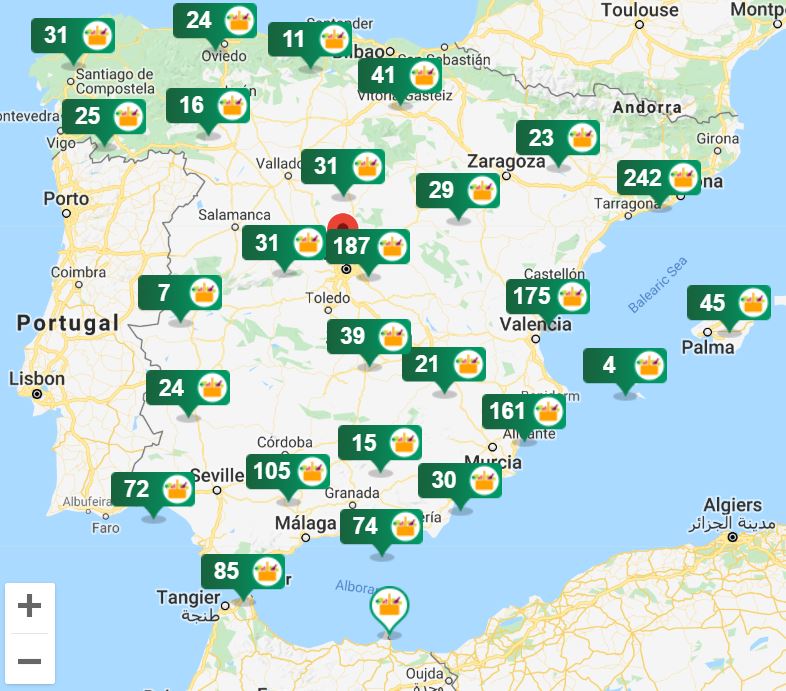 Why is it popular?

The Local readers give a number of reasons why they prefer the Valencia-based chain, foremost among them being the combination of high quality and low cost. ‘Many good products for the cheapest prices,’ sums up Rubén Coronado García from Murcia.

The popularity of Mercadona’s generic food brands like Hacendado seem to be a contributing factor. Hannah in Madrid calls Mercadona the ‘highest quality’ of supermarkets, citing the ‘amazing storebrand’, a sentiment echoed by Brett Moreland in Santa Pola (Alicante) who adds, ‘Their own brands are excellent’.

Readers also appreciate the wide selection of products available to shoppers. Kaiser, who lives in Valencia, points out that ‘[Many] varieties of food are available including fresh meat, vegetables and excellent wines.’

Nils Jostein, in El Albir (Alicante), agrees, mentioning that Mercadona has ‘good prices’, a ‘big assortment’, and are ‘very good on fish’.

Finally, appearances do play a role as well, as exemplified by Jonathon Ackroyd in Lanzarote (Canarias), who frequents the chain for its ‘quality and cleanliness’.

After Mercadona, respondents’ next most frequent response was French retail and grocery giant Carrefour, praised for offering consumers many choices.

In addition to boasting ‘good quality’, Carrefour offers a ‘good range of Spanish and international products including English food’, points out Nicole Keating in Estepona (Málaga).

Right behind Mercadona in the rankings was the German supermarket chain Lidl, appreciated especially for its low prices, selection, and special promotions.

Chris Ward, resident of Fuerteventura (Canarias), calls Lidl the ‘best value’ and values that it ‘sells products from other countries’ and its ‘specialised weeks, e.g Greek Week’.

In addition to Mercadona, Carrefour, and Lidl, readers also mentioned Alcampo, Consum, and Aldi as being among their favorite grocery stores, illustrating the wide array of options available to shoppers in Spain.

6 thoughts on “Which supermarket in Spain is the best to shop at?”